The AgingWell Hub is part of Business for Impact at Georgetown University’s McDonough School of Business. Our team focuses on harnessing the power and creative thinking generated by cross-sector partnerships to drive measurable and implementable innovation in products and services for older Americans. 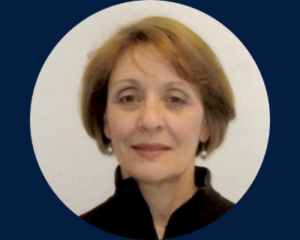 Jeanne is a project director of the AgingWell Hub at Business for Impact. She is a public policy strategist, thought leader, and consultant on retirement security and population aging. Jeanne has gained a reputation for her skill in combining her subject matter expertise, strategic insight, and passionate advocacy to influence policy, legislation, and organizational priorities.

Jeanne led Transamerica’s U.S. Federal Government Affairs for 20 years prior to setting up her own consulting practice in 2019.  Jeanne led the effort for open Multiple Employer Plans/ PEPs as a way of increasing retirement plan coverage under the SECURE Act which became law in December 2019.

Jeanne also served as a Director of Transamerica Institute®, a non-profit, private foundation, as well as a core research team member of Aegon Center for Longevity and Retirement. In that capacity, Jeanne made significant contributions to U.S. and global research on changing public attitudes and action regarding retirement security, changing nature of work, and other matters associated with increased longevity.  Also, as a Director of the Aegon/Transamerica Foundation for many years, she developed the local Foundation giving strategy to align with its business mission of helping people achieve a lifetime of financial security.

Jeanne currently serves as a director of the U.S. Capitol Historical Society and is on the Advisory Council of the Women’s Institute for Retirement Security (WISER).

As a professor in the MBA program at McDonough Georgetown, Bill teaches Corporate Social Responsibility; Principled Leadership for Business and Society; and Leadership and Management of Nonprofit Organizations.

He is the founder of Business for Impact and oversees the program.

Bill is also the co-chair of the Coalition to Transform Advanced Care, a national alliance dedicated to reforming advanced illness/end of life care in the U.S.

He began his career at Unilever, was an account supervisor at a New York advertising agency and later served as Director of Advertising and Creative Services at the Peace Corps.

Presently, Bill is on the boards of: the Association of American Medical Colleges; the American Cancer Society; the Bipartisan Policy Center Advocacy Network; the Campaign for Tobacco-Free Kids; the Center of Mental Health Pathways and Support for Self-Directed Care (COMPASS); and KaBoom!

In addition, he co-chairs the Care Culture and Decision-Making Innovation Collaborative of the National Academy of Medicine and previously served on NAM committees which produced reports on: The Future of Nursing: Leading Change, Advancing Health; and Dying in America: Improving Quality and HonoringIndividual Preferences Near the End of Life.

He received a B.A. from the University of Pennsylvania and an M.A. from Penn’s Annenberg School for Communication, and pursued doctoral studies at New York University. He taught marketing management for ten years in the MBA program and also taught health communications at the University of Maryland. 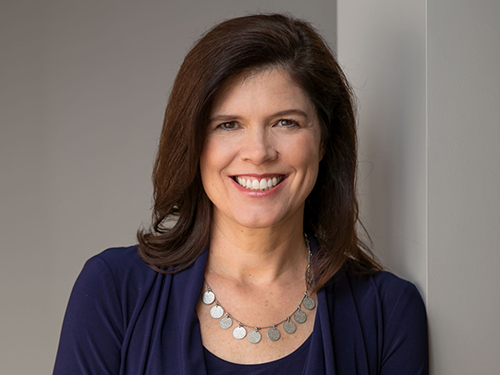 Leslie Crutchfield is Executive Director of Business for Impact at Georgetown University’s McDonough School of Business, and is co-author of the award-winning book, Forces for Good: The Six Practices of High-Impact Nonprofits, which explores how to maximize nonprofit effectiveness. The book was named on The Economist Best Books of the Year list and is in its eighth printing. Her second book, Do More Than Give: The Six Practices of Donors Who Change the World, demonstrates how donors can go beyond check writing to be strong catalysts for change. Leslie has a new book coming out in 2018, How Changes Happen: Why Some Social Movements Succeed While Others Don’t (forthcoming by Wiley), which she wrote as Senior Research Fellow affiliated with Business for Impact.

Leslie also serves as an external senior advisor at FSG, the global social impact consulting firm co-founded by Michael Porter and Mark Kramer. She was previously managing director at Ashoka, the global venture fund for social entrepreneurs, and she co-founded a national nonprofit social enterprise in her 20s. She has contributed pieces to Fortune, Forbes, The Chronicle of Philanthropy, and Stanford Social Innovation Review, and has appeared on programs such as NPR and ABC News. Leslie has served as a trustee of SEED Foundation and Kiva, and volunteered with Crossroads Africa. She holds an MBA and BA from Harvard, and resides in the Washington, D.C. region.